The memory of Charlie Kidder has been in the back of his mind for these many decades; and now it the time to tell a few tales. Charlie Kidder was a genuine character from the old school of woods workers.  He told of being a tie hacker, one who used a broad axe to shape railroad ties from fresh logs; and of being a part-time trapper.  When one of the guys asked Charlie where he came from, he replied, “I’m Charles B. Kidder from Kidder’s Ridge, Kooskia, Idaho.”  Charlie wore long johns even in the summer heat, had a long white beard and did; indeed, look like Santa Claus.  His rough pants were ragged and cut off well above the ankles, much like many loggers and others who spent their days in the woods.  Charlie also had a pair of “corks” those high top logging boots that had short nails (caulks) embedded in both soles and heels.  Having a pair of corks was a status symbol, but Footloose Forester never attained that coveted status.

One time when Charlie Kidder needed another pair of boots, he told us of his plan to buy a pair from the Otto White Shoe Company in Spokane, Washington. The six young swampers who, like Footloose Forester, were on their first forestry jobs away from their first or second year of college, all thoroughly knew the plan well before it unfolded.  Little wonder that we also got a big laugh that day when we saw the letter to the Otto White Shoe Company waiting to be picked up in the crude wooden mail slot that was near the door to the cook house. Footloose Forester perhaps laughed the loudest when he read the return address:

We all got along, and that made life at the Whisky Creek brush camp more enjoyable.  Charlie had an old non-descript pick-up truck with a four-on-the-floor stick shift.  It also had a 4x4 transmission that Charlie would use on occasion.  Whenever he said, “I may have to put er’ up into compound”, we would all chuckle.  But he made room for all in his old 4x4 with its compound gears; and we were delighted to go with him into the upper meadows to listen to the call of bull elks; or to descend down past the forest edge to fish for native brook trout.

On one of those week-end fishing trips, when only four of us younger guys walked to the lower reaches of Whiskey Creek, we were searching a moist river bank for worms when a cowboy came riding up.  We could tell that he friendly enough and probably just wanted to know what we were up to on his land.  The memory of what happened next is forever riveted in the mind of the Footloose Forester.

The cowboy sat back in the saddle; and with his left hand never letting loose of the reins, he reached into the right pocket of his shirt, extracted a pouch of Bull Durham tobacco, then put the pouch between his teeth while he again reached into his pocket for a packet of cigarette papers. Then he deftly made a trough with his finger, reached for the tobacco pouch, opened it with two fingers, and tapped the tobacco into the trough.  Again, he deftly lifted the tobacco-filled trough of paper to his lips and moistened the edge of the paper.  He returned the Bull Durham pouch and zig-zag papers to his shirt pocket, and then reached into the other pocket for a wooden match. With a single flick of his thumb nail on the head of the match, he lit the cigarette and took a puff. All the time that Footloose Forester and the others watched in awe, the cowboy never let go of the reins with his left hand. Yes, it was a performance for our benefit, but one that left us with our mouths hanging open. He even managed to carry on a conversation with us. Pardon the impertinent perceptiveness of the Footloose Forester if he thought that the cowboy just wanted to practice his skill in front of an audience. 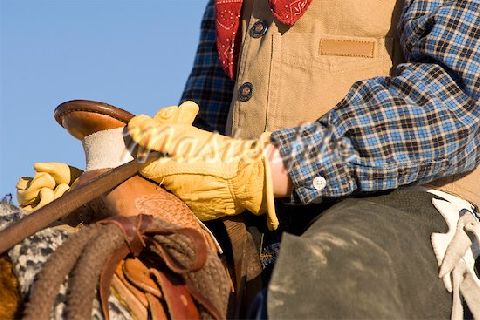 Working with harvested tree tops, branches and other logging slash from logging sales was the essential raison d’être for our crew of US Forest Service swampers. The idea was to clean up after logging operations to minimize disease and the fire hazard, in the long run.  We built large plies of logging slash in relatively open areas between standing trees; then when the snow came and there was a minimum fire hazard, the piles would be set ablaze. We younger guys were rookies and were paid minimum wage; but the challenge was, if Footloose Forester was any example, to discover our own personal thresholds of tolerance for hard work, inconvenience and isolation from the amenities of living and working in urban settings. As psychologists sometimes say, you discover who you are, and how far your professed commitment to something—to anything--is backed up by actions. Finding your way, sink or swim… there were ample societal maxims to remind you that the life you make for yourself very often depends on you alone and your own attitude toward life.

Charlie Kidder was the straw boss of our little 5-6 man crew. He took his responsibilities seriously and worked as hard as any guy on the crew.  We got 10 minutes break in the morning and 10 minutes in the afternoon.  Nothing more!  He was not a disciplinarian, so that was not the point.  He was so principled in his own way that we just tried to give him in return what he expected of himself.  The spirit of good will was remarkable, and quite unlike anything that anyone could reasonably expect from a group that spent 24 hours a day working and living together during the regular workweek.