The time has come whereby adventure stories of the past will sport a new look.  A small change but a modern update will be made in the way their locales will be referenced by latitude and longitude, in the hopes that the reader will relate to the adventures by seeing the territory up close and thereby be able to visualize the action, or perhaps be able to continue the story, itself.

First off, knowing the geospatial coordinates of an action scene helps to reader to know whether or not his boots will be wet as he crosses a river or dry as he ascends hand-over-hand up the face of a mountain.  In the past and in most of the previous Chronicles of a Footloose Forester, the latitude and longitude of some sites used the old and traditional method to zero in to an interesting spot.  If the Footloose Forester used Latitude N 44° 35' 19.126" and Longitude W 104° 41' 54.764" as geospatial coordinates, most people who consult a Google Earth satellite photo will know immediately that attention is being drawn to the Devils Tower in NE Wyoming.  Henceforth, those coordinates will be written in modern digital degrees code as Lat. 44.5886461 and Long. -104.6985456.

The stimulus to make a change in citing geospatial references is partly because there are so many stories that could be enhanced if the reader were able to see up close what it is that is being discussed; furthermore, it is easier to find on Google photos by using digital coordinates. That includes spotting a car in the driveway or a glacial boulder that graced the wooded area right next to the house in Netcong, NJ where the Footloose Forester grew up in the 1940s and 50s.  Take a close look at the scene at N 40° 53' 42.16" and W 74° 42' 34.08" and tell me what you see.  If you type in the numbers 40.895499 and -74.708782 for Lat. and Long., respectively, you will see the same scene in the Google Earth satellite photo.  However, if you choose a Google Earth photo taken before 2009, you will see glacial boulders in situ where they reposed for the previous 25,000 years. Major changes occurred when the land was excavated. Before-after is a big part of the desirability to have map references that can show changes in the landscape and Google Earth has a sizable archive of multidate photos that help in explaining before-after alterations.

How is it possible to continue a story by merely zooming in with a Google Earth satellite photo that pinpoints an exact spot on the surface of the earth?  First off, the story about the prospects of flying a paraglider off the rim of a volcano named Fogo in Cape Verde has already been written and will be used in this example. Secondly, by preparing to launch from coordinates 14.956093 and -24.394396 and aligning on an azimuth of 221°, the would-be paraglider pilot should be able to conduct a virtual flight of some eight miles and land on a black sand beach.  Give it a try by loading the embedded flight simulator in Google Earth and use your joystick to take off from the rim of Fogo.  The virtual flight in the simulator descends from the rim of the volcano and passes over the only airstrip on the island before it reaches the only obvious safe landing area, a black sand beach at the water’s edge. 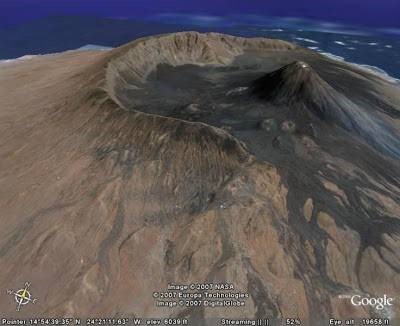 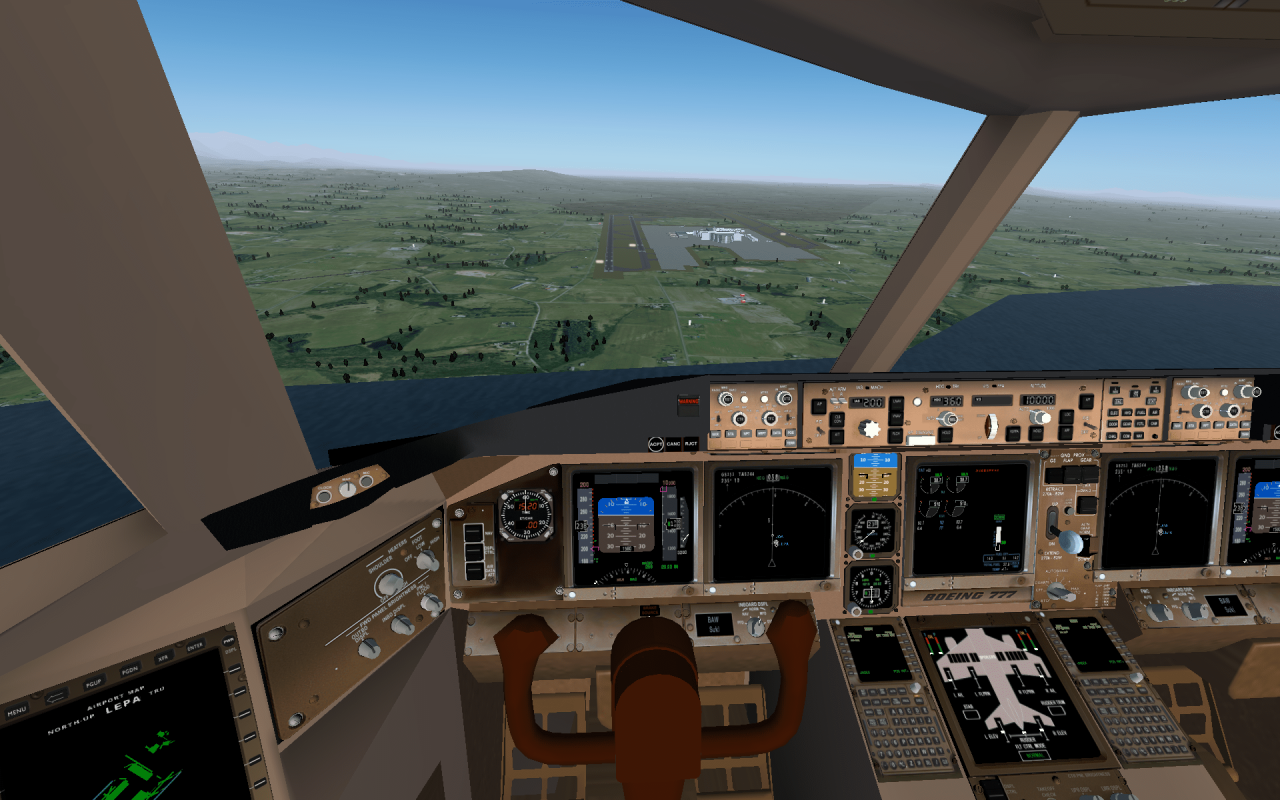 Other adventures can be recreated by using the flight simulator in Google Earth.  One of very favorite stories and adventures of the Footloose Forester is about the development of the Manantali Dam in Mali.  Before-after satellite photos show the area before the reservoir that is now called Lac Selingue was dammed up, but a reenactment of the flights in and out of the work zone is still possible using the flight simulator.  If the reader readies for take-off from coordinates N 13° 11' 48.12" and W 10° 25' 45.33" using the old school method of latitude and longitude, he should be able to fly over the now filled reservoir.  That sight is something the Footloose Forester never saw in 1975.

One bucket list item was checked off in 1994.  The photo below needs a little editing but many adventurers will quickly identify it. 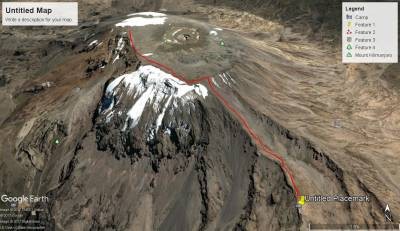 There are several past adventures in the draft manuscript portfolio of the Footloose Forester that contain geospatial coordinates using old school methods.  The challenge now is to update those records to substitute digital degree coordinates for the older method.  One known payoff is the fact that the Google Earth search function recognizes the newer way of coding and quickly zooms in to your area of interest by using digital degrees as a substitute for PLACE.