The Katzenjammer Twins Lived in Venezuela

Twenty-six years would pass before the Footloose Forester learned about what developed in the Rio Caparo and Rio Camburito watersheds of Venezuela, where he was part of an environmental assessment team. Our team was composed of biologists from NUS Corporation in Pittsburgh, and the team leader was from the University of Pittsburgh. The Pitt professor was an ecologist who had been going to those watersheds in Merida State for about 20 years and was our main contact there. We came and went into the field as teams; and stayed together in a large room of a small hotel.  Our project assignment was to assess potential environmental impacts on the flora and fauna of the area, if a reservoir was constructed on the Rio Caparo downstream of the village on Santa Maria de Caparo; and a hydroelectric dam was built on the smaller but swifter Rio Camburito that flowed into the Rio Caparo upstream of the proposed reservoir site.

As so often happened in the crafting of the memoirs of the Footloose Forester, the most abiding memory of the Venezuela sojourn was about an amusing episode that never fails to bring out a chuckle or two, during the re-telling.  It is the story about the Katzenjammer Kids, who happened to live in that small hotel in a village in rural Merida Province.

The funny story that was always lodged in the mind of the Footloose Forester goes like this:  One day when we field biologists were driving into an accessible part of the watershed, we encountered a rosy boa constrictor slithering across the dirt road. The rosy boa is so named because of its pale, pinkish color. With so many biologists in our jeep, it was not unexpected that we would continue our journey with the captured 6-8 foot boa inside a burlap sack. When we got back to our tiny hotel at the end of the day, the person who decided to take the specimen back to the university chose to put the snake, sack and all, into his suitcase. 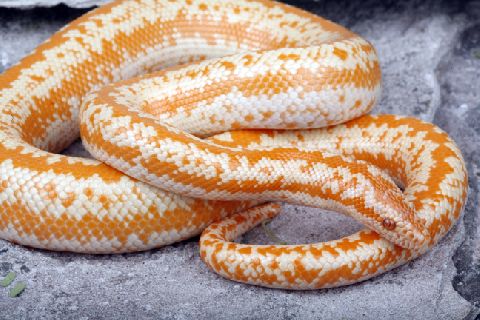 He left the suitcase open for adequate air; and to check on the snake, from time to time. That is where the other part of this tale comes into focus. Part II involves two small scamps who were the sons of the hotel owner. Those rascals who the Footloose Forester referred to as the Katzenjammer Twins, didn’t care about the individual privacy of hotel guests and would often burst into rented rooms to play; whenever they saw a door--any door--was open. On one quiet Sunday morning when the Footloose Forester was working on his field notes and the other biologists were out, save for one who was sleeping, the Katzenjammer Twins burst into the room and started jumping from bed to bed. When they got to the center bed (there were several in our large community bedroom-headquarters) one of them jumped directly into the open suitcase and on top of the rosy boa in the bag.  Needless to say, Rosy Boa reacted. It was the first time in his life that Footloose Forester ever saw someone jump backward while moving forward. The Katzenjammers left the room screaming and the Footloose Forester had one of the best laughs he had in years. And the brats never came back.

Thirty Years Ago
Yes, I've seen so much!

Are you kidding me? That's amazing. I'm squirming as I think of the snakes.

Are you kidding me? That's amazing. I'm squirming as I think of the snakes.
Cancel Update Comment
Follow