It is true that having a receptive mood is one of the conditions that is required for the Footloose Forester to even draft a chronicle.  If something inside him says, "this is a go!" he sometimes goes, as far as he is able at the time.  The good news is, with the opportunity to save drafts as draft documents, he is confident that a completed chronicle entry is within the realm of expectation.  Having said that, this story is for you, Ben Stout.

Ben Stout impressed me because he came from a journeyman, every-day forester background to become an Assistant Professor at Rutgers, to be tapped as an Associate Dean at Montana State University, to become a retiree in Oregon who never surrendered his scientific curiosity after he left academia. 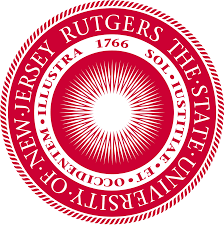 Ben was a real dirt forester who studied excavated root systems of trees on his way to earning an M.S. in Forestry at Harvard and then went on to become the manager (for nine years) of Harvard Forest in upstate New York.  The Footloose Forester first knew him as Assistant Professor at Rutgers and as a down-to-earth mentor. If Ben Stout had not shown us his stomping ground at that very same Harvard Forest in upstate New York, some skeptic might presume that the Harvard Forest was in Massachusetts.  Dale Wade, Jay Van Bossett and a few others who are still alive would be able to challenge them.

This chronicle is not intended to be an endorsement for some kind of Hall of Fame roster but as a personal tribute to someone who inspired his students, who walked the walk and talked the talk. Ben was a forester who knew how to sharpen a chain saw, how to evaluate a stand of seedlings, saplings, emerging reproduction, and residuals that needed management attention.  Ben knew what he was talking about and he knew the difference between what was found in textbooks and what was really found on the ground.

Ben Stout was an avid golfer who could be seen in late afternoons at the Rutgers Golf Course on Livingston Campus where he worked diligently to reduce his handicap from about 10, according to him, to around 2-3 by the time he left Rutgers for greener pastures.  He made time to name all the holes after trees lining the course and to design a colorful new scorecard that featured those named holes, in the fashion of the named trees and bushes lining the fairways at Agusta National Golf Course in Georgia, home each year of the Masters Championship.  He played the Rutgers course, named the holes and saw to it that the scorecards forever had a legacy associated with his chosen profession.

If we relied on only textbooks as the authorized references to acquired wisdom, we would be shortchanging ourselves.  Ben Stout was wise enough to tell us that he suspected this or that, but that the truth might be something other than what we harbored as our pet opinions.  Ben Stout was human enough to express his doubts openly and we were gifted, however unwittingly, with listening to him and accepting his pragmatism for its, well...pragmatism.  So, here's to you, Ben Stout: teacher, forester, friend.  The kind of teacher one hopes that will be on the faculty in college, and one that led the way at Rutgers.

5 Easy Steps to Clean Your Room
Smoking or Non-Smoking?

Better late than never, right? We are blessed when we know that we have real leaders within arm's length, real teachers standing in front of the class, real heroes who can guide us. Ben Stout was one of those people.

Better late than never, right? We are blessed when we know that we have real leaders within arm's length, real teachers standing in front of the class, real heroes who can guide us. Ben Stout was one of those people.
Cancel Update Comment
Follow