Another dream, another chronicle eeked out about those unforgettable years during the Viet Nam War.  The ten days that Footloose Forester spent sleeping under his desk at Tan Son Nhut never did coalesce into a sensible account of the scenario, and the latest dream only contributed a few flashes of things heard and things seen.  These few mental images kept popping up.

The sprawling Tan Son Nhut Airport was the chief airport in the country prior to the swelling of the war itself, and commercial flights were continued throughout the war years.  Many American military personnel might not have realized that commercial air operations went on because the Americans, shall we say, commandeered large pieces of real estate to house jet fighter aircraft, civilian support staff offices, and most important—the headquarters of the Military Assistance Command, Viet Nam (MACV) of General Westmoreland.

Despite being surrounded by about 12,000 VC guerilla fighters during the Têt Offensive, according to one MP whose job it was to patrol and protect our Pacific Architects & Engineers office building, things inside and outside of the building itself were pretty quiet.  That presumption held a false sense of security because from time to time a helicopter gunship would pass overhead with its pods loaded with rockets.  On one or two occasions the Footloose Forester watched them from the upper story radio room that had windows looking out in three directions.  Their targets were just outside of the rear gate.  On another occasion, the Footloose Forester looked out of another upper story window to see another MP pull the pin on a grenade and drop it into a hole only a few feet from the building where he was spending his nights.  The MP was alone, but when there was no aftermath, he moved on in search of any other holes that might be used to conceal an enemy soldier.

After several days of restlessness and hoping that the VC offensive was finally over, the Footloose Forester went outside to crank up his Honda 50cc motor scooter to go over to the MACV headquarters. He had left his Honda parked there before he flew upcountry the previous week or so, but knew it would be there when he returned. He now presumed that unofficial movement among civilians was no longer restricted, as it had been in the previous days.  Besides, he had official duties that sometimes took him inside the MACV compound and he was wondering if now was an appropriate time to resume those duties. 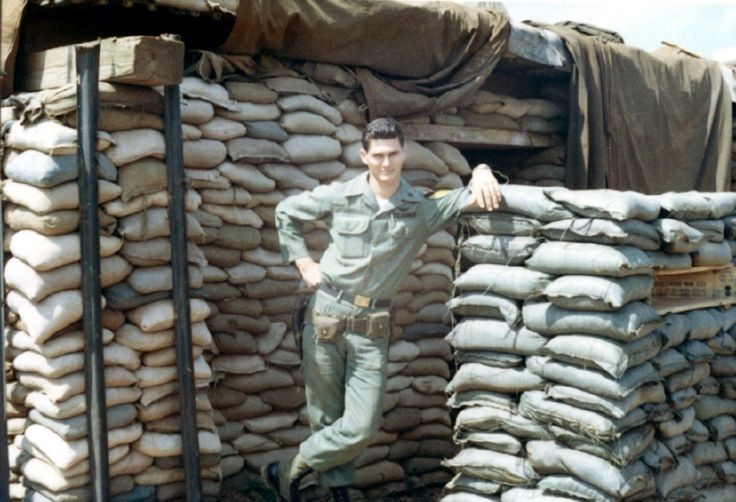 It was quiet on the deserted streets of the military sector of Tan Son Nhut and nobody stopped him from approaching the outer gate to the MACV headquarters building.  There was an MP or two on duty, to be sure, but our eye contact was enough to get a pass to enter.  Inside the outer gate was a large paved courtyard where one or two more MPs were stationed behind sandbagged bunkers.  As he pulled up to the last checkpoint and dismounted from his Honda near the MP, the Footloose Forester noticed a fresh, shallow crater just astride the bunker.  He thought that it might be from a mortar shell.  When he asked the MP when that happened, the replay was, “about 5 minutes ago.” Maybe the best approach was to always be cautious, but never dwell on the danger.

How You Should Care for Someone with Lewy Body Dem...
The Red Girl