Planting by the Numbers

Most adults have planted a tree or two and gained satisfaction from having done so.  Perhaps they also mused about how tall it would become and if the fruit would ripen for them to enjoy.  Those kinds of thoughts go into the process even if the results do not literally come to fruition.   The Footloose Forester has had the privilege of planting more than a few trees over the years but has seen very few of them grow to maturity.  Reverie about a lifetime of tree planting is based on his faith in the process.

A ceremonial planting of a tree to mark the opening of an office building or the dedication of a new wing in a hospital are common enough to be expected at dedication events around the world.  The few memories of the Footloose Forester along those lines are becoming dimmer nowadays but when one or two pop up in his brain, a stirring of excitement is also born.  As usual in flights of fancy about his gadabout past, there is no relevant or meaningful chronology associated with the daydreams. They just develop as random discoveries.  Random, but real.

There was that honored planting of a Dalbergia sisso at the West Pakistan Forest School in the early 1960s, and an organized mass planting of local species near the terminal building of Nairobi International Airport (Footloose Forester planted a few Kiglia africana seedlings); and at the dedication of a new field nursery at Kisumu in Western Kenya. At another organized planting event in conjunction with an environment conference in Togo, participants were asked to plant 50 seedlings each, and we did.  Footloose Forester was happy to get his hands dirty planting his 50 eucalyptus trees within the large reforestation tract that covered hundreds of hectares.  By now, two decades later, it should be possible to see that tract in a Google Earth scene.

Thanks to a dream-induced recollection a full day after this chronicle was published, the Footloose Forester wants to add a ceremonially planted tree, and to follow up on the dreamy hint that it was an Albizzia lebbek he dedicated astride the parking area of the new MDR office building at Achada São Filipe on the island of Santiago in the Republic of Cape Verde.  The belief that it was an Albizzia lebbek will always be a matter of speculation because such information is seldom written down.  In any case, he might have chosen an Albizzia to plant there because it was the perfect choice for its handsome full crown when mature and its overall attractiveness as a street tree, not to mention that the species is well adapted to the climate and soils of that arid region.

Some of the voluntary planting exercises that gave him the most satisfaction have precise geospatial coordinates associated with them because the recipients of the seedlings are people whose names and faces are fresh in his mind, and the planting sites are remembered with pride.  A few episodes come to mind: about a dozen white dogwood trees that Footloose Forester transplanted from the fringes of forest near Gainesville, Florida now mark the property border of his friend Roger Blair. Then there was the transplanted Tamarindus indica that still likely provides fresh fruit on the tiny island of Pulau Peucang in Indonesia.  The tall sapling came from another island where they had more than one. It was an adventure digging it up and transporting it ten miles in an open boat, then caring for it until it was time for the Footloose Forester to leave Indonesia.   Finally, the planting of a single tree that carried its own legacy was recalled by campers who became friends when Footloose Forester was working on the El Dorado National Forest in California.  He does not remember giving the campers a seedling at the end of the planting season, but they remember.  Several years later they had a chance meeting at the campground where they first met, and Mr. and Mrs. Price told him that not only did the noble fir seedling survive, they planted it in their backyard in San Francisco.  When it grew tall and stately, it became their Christmas tree that year.  They even delighted him with a photograph of the tree before they cut it down.

The Bengal Tiger, otherwise known as his soulmate, earns her own kudos through tree planting.  Some have been tropical exotics such as soursop, custard apple, papaya, banana, and a few others that she planted from Cape Verde to Hawaii to Viet Nam; and even into large planter pots that she nurtures inside during winter months at our home in temperate Virginia.  She still anticipates spring each year and moves them outside when the weather is warm enough.  Her coddled favorites include guava, clementine, dragon fruit, and jujube.  The pair of healthy jujube (Zyzyphus jujuba) saplings are frost tolerant enough to survive on their own and we have enjoyed dozens of their fruits for the past few years. A single fig tree on the side of the driveway, however; is the champ when it comes to producing fruit.  We gather hundreds each year, so many that drying them in a food dehydrator is the only way to conserve the fruits of the yearly harvests. 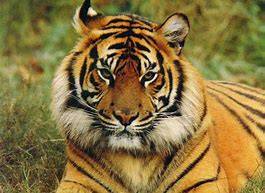 Always the experimenter, the Bengal Tiger has successfully transplanted a commercial variety of persimmon along our driveway.  At one time we harvested from two different varieties of persimmon, but today only one has survived.  It is also a bounteous provider and also gets the dehydrator routine.  Dried persimmon strips are every bit as satisfying as the dried apples, plantains, figs, and banana strips that regularly come out of the dehydrator.

For the most part, the details about our tree planting have been memories associated with what we have experienced through hands-on planting, pruning, shaping, and harvesting.  That also goes for some exotic trees that are not there anymore.  One joyous prize was a solitary Rainier Cherry variety that the Bengal Tiger started from a cherry pit she saved from a bag of store-boughten cherries in Pennsylvania.  Only the imaginative Bengal Tiger would have deigned to grow a mature tree from a cherry pit most people would spit out.  Nonetheless, the small seedling that emerged in our yard grew into a healthy sapling, then blossomed into a fruit tree that was like no other in the entire region.  Rainier cherries are not grown in Western Pennsylvania but nobody told that to the Bengal Tiger.  After a lapse of 3-4 years, our small family enjoyed picking cherries directly from the tree, with the aid of a step ladder.  Alas, the productive years of the Rainier cherry lasted only 3 years.  It began to wither and the branches began to die off, one at a time.  Perhaps it was never really suited to the somewhat harsh climatic conditions of Western Pennsylvania.  Never at a loss for getting the most enjoyment out of her precious plants, the Bengal Tiger allowed the artistically shaped skeleton of the cherry tree to remain in the ground for the next 5-6 years.  Many a bird came to sit on its solitary side branch and its presence was like the portrait of a family member, displayed prominently in the middle of the backyard.

Tree planting for individual enjoyment is one thing, but mass scale planting is another dimension that has worldly implications.  In recent decades the popular press makes light of the devastation wrought by deforestation.  Most of what is reported is accurate.  But the countervailing viewpoint regarding remedies usually applies to individual countries and not exposed to the popular press in the same manner.  Nonetheless, most countries in the world that have a forest estate as one of its patrimonial resources, engage in conservation in one form or another.  Laymen and the general public know about conservation activities in only broad terms.  Even forestry professionals and specialists relate to gross numbers as a way to explain the big picture; to understand and to describe the forest domain rather than to dwell on individual trees in the forest.  Hence, some broad generalizations are in order.

At a conservation conference high in the Aberdares Range of Kenya, a soft-spoken Ph.D. forest economist from Sweden rose to make a point during the proceedings.  He said, that as an economist, he knows that planting trees is not a good economic investment based on projected earnings.  He went on to say that Sweden, nevertheless; plants lots of trees and will continue to plant lots of trees. Other economists in Sweden, he went on, also know that tree planting does not make much sense as the best use of the land, but they also agree that Sweden should continue to plant trees.  Another economist from Great Britain made a similar remark when it came to planting and managing teak plantations in Trinidad.  He mentioned that there was plenty to data to show that planting the non-native Tectona grandis, originally imported from Burma in 1888, was an economic loser.  But Trinidad today has more planted teak than any other tree species, even surpassing the most important species in the native forests. Yearly planting campaigns continue apace.

As he recalls, the Footloose Forester used to keep tabs on the modest tree planting programs of small countries like Burundi, Rwanda, and Togo.  Finally, the Agroforestry Outreach Project during the mid-1980s in Haiti turned out to be the largest tree planting project in the history of the country. It was not sold that way as a project but that is what emerged as an outcome.  Each year, some 6-8 million seedlings were outplanted from central nurseries into the Haitian countryside where fuelwood shortages were persistent and where previous deforestation on a national scale was excessive.

Plantation forestry, as a response to ever-increasing demand for construction timber, veneer woods, plywood, fuelwood, for the raw material for pulp and paper, and as domains for other environmental goods and services, will remain as a keystone to resource management in every country that is blessed with the proper environments to sustain forests.