Kabul Was Not A Tourist Haven

A is for Afghanistan

His urge to visit Afghanistan was precisely as James Michener described in his book "Caravans."  That was many years ago and he has forgotten just what Michener  said in the book about the incident of a young Marine and his brief, forbidden encounter with an veiled Afghani woman. Something about such events keeping a generation of travelers on the road in quest of memories.  Wanderlust… the urge to travel… the open road... Yes, it affected the Footloose Forester, too.  Even worse then than it does now.  But it was only co-incidence that he was reading "Caravans" as he was waiting for his Afghani visa to come through.  For him the trip was not just daydreaming.  He was a Peace Corps Volunteer forester in Pakistan and the trip to the land of the camel caravan was only a short flight from his jumping off place in Peshawar on the Pakistani side of the Khyber Pass. "Caravans" was, for him, one of the most enjoyable of books, even if he soon came to learn that Afghanistan was not exactly a tourist Mecca. 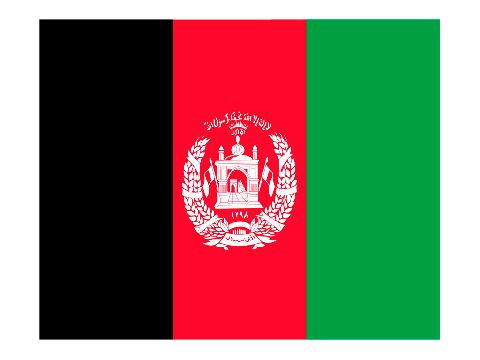 The short flight to Kabul in a twin engine DC-6 was uneventful, but he was to learn that flying in and out of Kabul’s Baghram airport in the 1960s was not to be taken matter-of-factly.  Expatriates he met referred to Ariania, the national Afghani airlines, as Scariania--three frights a day.  It was indeed scary to see the mountains rising up sharply so close to the end of the runway.  When the wind was coming from the east, it was not of too much concern because the rise in the land was more gentle facing east toward the Khyber Pass. But when the wind pattern dictated that flights had to take off and land on a western heading, it added a rush of exhilaration to the whole affair.  Of course, Footloose Forester got the bonus of a thrilling exit, stage West--at no extra charge.

The episode that sticks in his mind, however, is what happened while they were waiting to take off for Teheran. As he sat waiting in his chilly seat opposite the open door which faced the terminal building, he followed with boredom the approach of three people (two men and a woman) coming from the terminal. It was cold in late November, but the door was left open to permit the last of the passengers to board, and he hoped this group was them.  In those days it was still a matter of walking from the terminal building to the airplane, and as they made their way he wondered if all three of them were passengers.  He had the feeling that someone was flying and someone was seeing them off.  As he followed the progress of the people, he guessed that they were colleagues.  And he didn't have too much longer to wait.  As all three climbed the steps into the plane, it took his curiosity to the limits. He still couldn't tell who was going and who was staying. It also tells you something about the state of airport security in those days; no flight attendant came to check boarding passes.  Well, he never figured out who these colleagues were in relation to one another, but he couldn't avoid seeing the farewell formalities taking place in front of him. The gentleman with the beard was staying behind; and then he bid adieu to his colleagues: a firm handshake for the woman and a kiss on each cheek for the man.

The local flavor of Kabul is something he is not likely to forget, either.  Every morning hundreds, perhaps thousands of Afghanis go to the Kabul River to perform their ablutions. The routine for most people goes something like this: start with a washing of hands to prepare for the brushing of teeth.  Brush teeth with a brisk motion of a finger working inside the mouth; continue with washing face, arms and other body parts, and conclude with a discrete urination and perhaps a defecation while standing knee-deep in the river.  Sometimes, he vividly recalls, the steps were reversed; that is, by a final brushing of teeth with a well-washed finger in the mouth and scrubbing briskly. In the meantime, another Afghani quietly slips into the river downstream and starts his ritual ablutions.  Most disgusting to contemplate, however, was when the initial teeth brushing downstream came immediately after the final defecation by a neighbor upstream.  Yes, Afghanistan may not be a tourist haven, but then not too many tourists expect to freshen up the way many of the local inhabitants do.

A Nobel Prize For Footloose Forester