Humans tend to crowd out unpleasant thoughts and retain the memories of the happy times in their lives. Living in a war zone in Viet Nam for almost three years had its dark times, to be sure, but memories of the cheerful times there have all but crowded out the ugliness of that regrettable war. Thanks to several four-footed friends that were part of our family, Thu and her Footloose Forester husband can look back with many smiles and cling to truly heart-warming stories. Although this disjointed tale is about dogs and cats, the memories of laughter from long ago also come back so strongly that the laughter was, and is, the sound track that makes the stories so sweet.

One day Thu came back from the US military veterinarian’s office that was located near us, with a small white dog that we named Dolie. A week later she came back with another one that we called Mickie. The memory that was key to turning on this reverie was when she said that she wished she lived on a farm, so that she could have a hundred dogs. By the time that Dolie, then Mickie, joined our family; however, we already had two other dogs and a cat. It was so many years ago that perhaps nobody can now piece together the circumstances about all of the arrivals, but the details do not matter. We loved them all; and we were a tight knit family. We are deeply indebted to the volunteer vets who set up their clinic just because that is what they all wanted to do, and they said so. 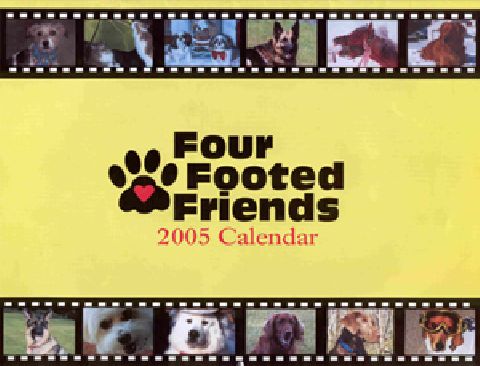 Thu’s sister Hue (as she now prefers to be called) seemed to be in charge of naming all the pets, as it was she who named the first, oldest and largest dog. She chose the name Wousie, a long-hair mixed breed whose image lives on, in a few cherished photos in our scrapbook. Wousie was a quiet female who was not too jealous when Mimi the cat came into the family a few months later. Thu rescued a sick and frightened Mimi from an almost certain demise at the hands of some neighbors who would have liked to cook her in a soup. It was well known that some refugees and others from North Viet Nam ate cats, but that thought was horrific to those who were born in South Viet Nam. It took a few days for Thu to lure Mimi, and to earn her trust.  In the meantime, the Footloose Forester remembers coming home from work one day and hearing Thu’s voice inside the house across the way. She was threatening a Vietnamese army colonel (from the North) with bodily harm if he dared to put a hand on Mimi. Thu was always fearless, and it showed on her face. So, although Thu rescued Mimi and later nursed her back to health, Mimi became so attached to the Footloose Forester that she later was the subject of an early chapter, “The Cat Who Loved Me” in his earliest draft version of Chronicles of a Footloose Forester.

Wousie was the oldest, but Mimi was always in charge. Cats have a way to let you know they are boss around the house, even if the humans don’t always seem to get it. But we did have house rules. One of them was, no pets in the bed. All of the dogs understood that, and none of them insisted on jumping into bed with any of the adults. Except for Mimi. She always waited until the Footloose Forester was alone in his bed; usually during a nap, and then stealthily tucked herself along his leg on the side facing the wall where she could not be seen from the doorway. Mimi was smart enough to not try to creep into bed when anybody was watching, and she almost always got away with it.

Mimi took other liberties, too. She lurked nearby when Footloose Forester was eating his week-end breakfasts, or sometimes when he ate his lunch alone. When others were distracted, Mimi would jump into his lap, or crawl up beneath the newspaper he was reading and sneak a piece of his steak or a bit of bacon. Mimi never tried that with the other adults; Mom, or Hue, or Thu, or her cousin Hoa, but Mimi knew that the Footloose Forester was a soft touch.

If Wousie was the sweetest and the oldest; and if Mimi was the diminutive boss of the house; #2 dog Mino was the smartest and the hardest worker. Mino looked something like a Chihuahua, but was in fact a mixed breed short-hair dog that was intensely loyal and attentive to our needs. Mino was the neighborhood “mouser” who took care of getting rid of rats and mice from peoples’ homes. He was so much better than a cat at chasing and dispatching mice that the neighbors often asked to borrow him. In fact, our cat Mimi wasn’t really interested in searching out mice, but Mino relished the assignments and would stay on the job until it was done.

When we left Saigon, Thu’s uncle Nam asked if he could take Mino, and we were happy to know that Mino lived well and served him for several years afterward. Wousie also went to a happy home where they loved her. Mickie turned out to be a somewhat sickly dog, but stayed with us long enough to enjoy his surroundings and the company of other pets who participated in activities as a group.

As remarkable as it now seems in the telling and in the remembering, there was a daily ritual that unfolded that must be committed to memoirs. When he was working at his office in town, the Footloose Forester would come home after 4:30 PM on his Honda 50cc motor bike. All the pets knew the sound of his Honda’s engine and would scramble out the door to greet him. Each and every day, with few exceptions, as he turned the corner into the short block where his house was situated along a quiet street, there they would be-- in a line and side-by-side-- he would see: first, Wousie, the oldest; then the second oldest Mino; then Dolie and finally, the youngest, Mickie. They were always in that order. Mimi the cat seldom, if ever, joined the line-up, but usually stood by the door to welcome him home. And to think that some people believe that animals don’t communicate with one another!

To cement the point about animal communications, when later the Footloose Forester would lie shirtless on the cool tiles inside, the dogs would jostle to lie next to him. The same pecking order was equally understood: Wousie always got the spot under his left armpit; Mino was assigned under his right armpit; and Dolie and Mickie got spots next to his legs. Once, when newcomer Mickie got there before Wousie and tried to tuck himself under his left armpit, an indignant Wousie grabbed him by the tail and rousted him out. Mickie soon learned where he belonged. The Footloose Forester can still hear the sounds of laughter that filled the house on that day.

The Tiger And The Bear
The Pied Piper Learns a Lesson (First of a Coming ...

You just have to love those stray animals. I had a little puppy we named Urbust. The name was clever in that it disguise the real meaning of which was 'herb", the magical weed we enjoyed while there. When something made us laugh we'd say, "Oh Man, you're a bust!" hence the name herbust, morphed into Urbust. Bunker 18 was hit by sapprs one night and Urbust was the one to save our lives as he stopped his antics and walked outside and around the front where he began barking at sappers in the wire 10 feet in front of the bunker. Flares went up and 22 were killed as if in a snake formation all the way to the back of the wire. Our first dog after we married was aptly named Urbust after my beloved friend who was eventually KIA.

You just have to love those stray animals. I had a little puppy we named Urbust. The name was clever in that it disguise the real meaning of which was 'herb", the magical weed we enjoyed while there. When something made us laugh we'd say, "Oh Man, you're a bust!" hence the name herbust, morphed into Urbust. Bunker 18 was hit by sapprs one night and Urbust was the one to save our lives as he stopped his antics and walked outside and around the front where he began barking at sappers in the wire 10 feet in front of the bunker. Flares went up and 22 were killed as if in a snake formation all the way to the back of the wire. Our first dog after we married was aptly named Urbust after my beloved friend who was eventually KIA.
Cancel Update Comment
Follow