The haunting memories of the Viet Nam War come back in short flashes on some days and in long dreams on some nights.  Many mysteries abound about how and why some things came to pass and why other things were left behind, never to be mentioned again.  The mysteries surrounding Agent Orange is one of them.  The dream last night brought the simmering mystery about Agent Orange to a boil.  It is time to speak openly about why the Footloose Forester thinks it is a mystery, not that he has any answers, whatsoever.  The truth is that two people who he knew on a personal level presumably died of the effects of Agent Orange.

Jim Johansen, Netcong High School Class of 1958 passed away in 2016, reportedly from the effects of Agent Orange.  After high school, the scientifically minded and decidedly impish Jim (Electron) Johansen went forth in the pursuit of personal fulfillment and eventually found his calling in the field of military weapons systems.  But not before he spent a tour or two as a US Air Force Captain who was assigned as a Target Acquisition Officer stationed in Thailand during the Viet Nam War and associated with the vegetation defoliation program over Viet Nam from his aerial observation post dispensing Agent Orange. The infamous herbicide Agent Orange is a mixture of 2,4D and 2,4,5T, two common herbicides formulated more than a decade earlier.

Jim and the Footloose Forester corresponded by e-mail after the war and although the Footloose Forester encouraged him to jot down some of his tales about those low-level flights in C-130 and C-123 spray aircraft, Jim always demurred.  The program itself, dubbed Operation Ranch Hand, conducted operations from both Thailand into Viet Nam and had bases in Viet Nam, as well.  Responsibility or blame, or both, for various diseases caused by Agent Orange were so difficult to prove that US military forces were ultra-defensive about discussing the subject.  Somewhere in the files of the Footloose Forester is a published interview with the US Air Force Colonel who headed the program and claimed to have monitored the health records of every single person under his command that had handled Agent Orange.  He claimed that was not a single case of medical anomalies (among his people) associated with handling or spraying Agent Orange had occurred.  Indeed, a demonstrable cause and effect link between handing or being exposed to Agent Orange was never proven, but there were so many accusations leveled against the herbicide, that the US Congress quietly created a “slush” fund to honor any claims of post-war medical ramifications that could be justified or even documented about links with Agent Orange.  One can only speculate that the effects of handling Agent Orange may have had hidden and some long-latent effects.

It was not necessary to prove a medical malady due to handling Agent Orange, but only to claim a medical condition, post-war, that may have been triggered in a region in Viet Nam where Agent Orange had been sprayed.  That last point is important.  The Footloose Forester knew a Viet Nam Army vet who had developed a throat deformity after serving in a forward firebase that was never close to where spray operations took place.  The Footloose Forester knew that base and had spent some time there, furthermore, he worked in a tangential way with Operation Ranch Hand at their headquarters at Bien Hoa Airbase in Viet Nam, so knew more about Agent Orange and the spray program than most people.  The vet claimed a medical disability payment under the Agent Orange slush fund, without a need to prove that his condition was caused by contact with the herbicide.

The obituary of Jim Johansen cited his demise as a result of his daily association with Agent Orange, although the obituary did not make a medical or legal issue of it.  And neither did Jim Johansen when he was still alive and corresponding about flying and the Viet Nam War with the Footloose Forester.  He may have been avoiding a very painful experience and did not want to elaborate on his role in the war and his very real medical problems as a result of it.  It may be possible to obtain more details from his family, and that prospect is under consideration.

The second person known personally to the Footloose Forester who died due to complications of Agent Orange was US Air Force Colonel John (Jack) Pellek.  He was a first cousin who we most often associated with as very young children when our parents and grandparents were alive and hosting their frequent Sunday family gatherings in Basking Ridge, New Jersey.  Jackie was a few years younger and a toe-haired blond who you could not miss in a crowd.  We kind of took it for granted that he was going places in life.  A family photo of Jackie is shown below. 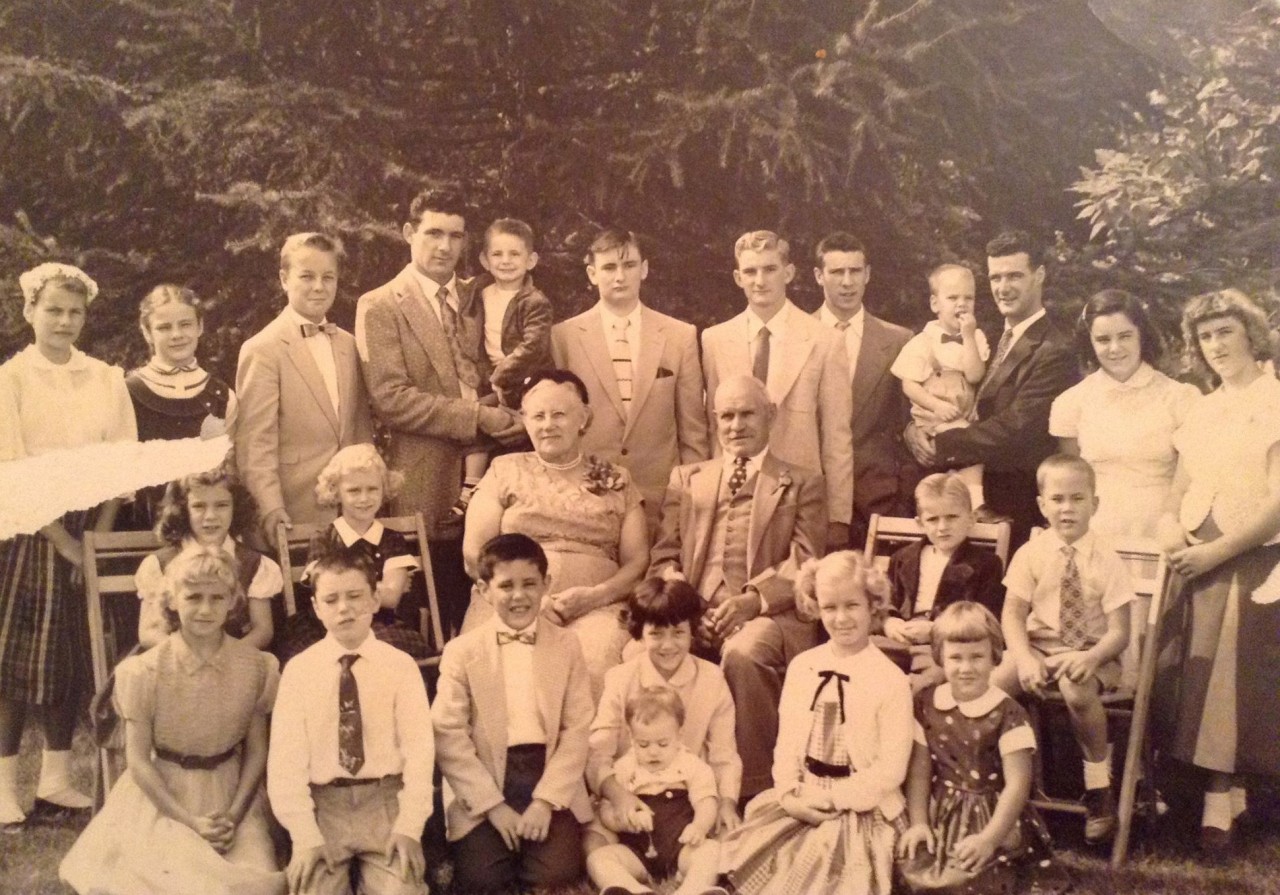 As fate would have it, Colonel Jack Pellek who was assigned as a Base Engineer at his post in Thailand may have also been assigned as a Target Control Officer aboard a few Air Force Cargo planes stationed in Thailand, the ones spraying herbicides in Viet Nam. At a minimum, he would have had responsibility for the storage of the stocks of Agent Orange.  He was willing to talk about his experiences during the Viet Nam War, but other than a brief mention of airborne target surveillance on the very last occasion that Footloose Forester saw him alive, we never got around to doing it in such a way that the Footloose Forester could honor his service and his memory properly. His obituary did at least mention his passing due to his service-related links with Agent Orange.

The mysteries about medical conditions associated with Agent Orange were part of the sagas of three people, if for no other reason than none of the three had similar symptoms, and none had anything to say about the how and the why of their circumstances.  Similar or dissimilar symptoms eventually developed and took the lives of service people who could not foresee what was going to afflict them.  It might have had something to do with the classified nature of the herbicide spraying operations.

Aunts and Uncles of the Tilbrook Family