We three neighbors sat down yesterday in social distancing, of course, when the subject of tigers came up.  It is a favorite topic of the Footloose Forester who had a tiger in his life since he was in knee pants.  Elmer Tiger Best was his favorite uncle and although the origins of his legal middle name were never clear, the fascination with tigers got its start in the 1940s.  Much later along came Tiger Dao, who turned out to become his Mother-in-Law.  She lived in an area of an occasional tiger sighting in Cambodia where she would give birth to a scrappy, spunky little girl who would grow up to become the wife of the Footloose Forester and would wear her own title as the Bengal Tiger.  There were other tigers worth mentioning along the way.  Some were depicted as paintings, a couple as photographs, and others that were included only in aspirational daydreams.

The Siberian tigers are famous, paradoxically in their rarity, but celebrated for their regal beauty.  Grand Daughter Jaelyn Hunt found a family of Siberian tigers painted on a collector’s plate at a flea market in Virginia and added to the allure and mystique of family tigers with her bargain purchase. That collector’s plate is now a family heirloom and already part of our legacy. 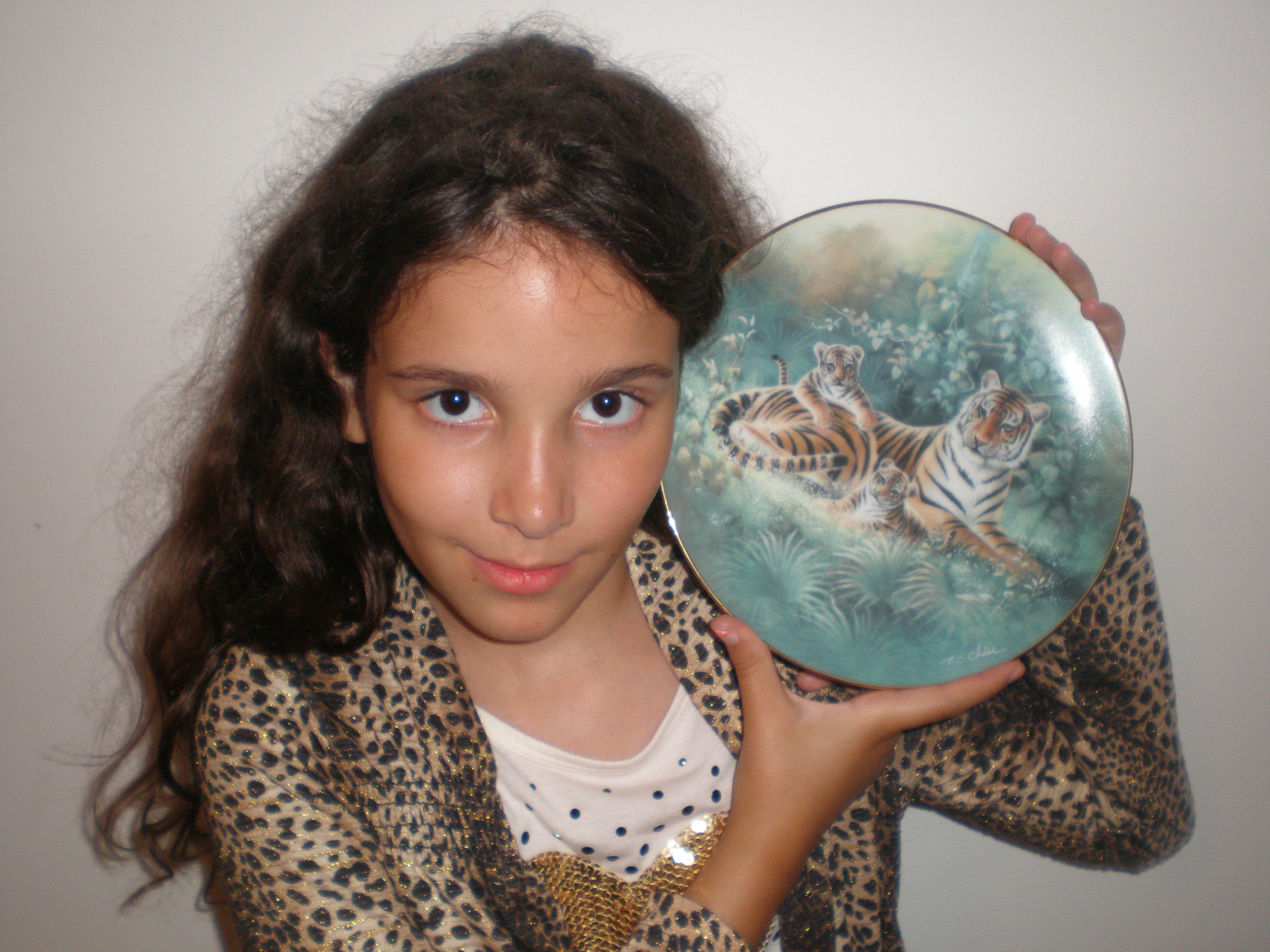 The Sumatran tigers are still roaming the jungles of Java, Sumatra, and Malaysia, although in ever-dwindling numbers. The Footloose Forester was hoping to encounter one in the rubber plantations of Malaysia, but he knew chances were slim.  Chances of ever seeing a Javan tiger are presumably gone now, but at least the Footloose Forester has a book whose cover shows a photo of two of the last photographed Javan tigers in existence. He was hopeful that one or two would re-appear at the same watering hole at Cidaun in Ujung Kulon Nation Park where he was doing his fieldwork in 1973.  The pair of handsome Javan tigers on the cover of his book is somewhere on his bookshelf.