Many military men and women who return from war are reluctant to talk about it but there have been enough stories and brief flashes of graphic descriptions that have leaked out or escaped from their lips to keep the worldly knowledge of the horrors of war alive in succeeding generations.  And sometimes the stories, the flashes of reverie, and the retelling come from adults who as very young children were eyewitnesses. Some have told their personal tales as prisoners of war. Horrible things tend to be candidates for hard-wiring into our brains, even as young children.  The flashes of memory might be random, incomplete, or dissociated from their settings; but the brilliance of those flashes fuse those horrors into their brains where they remain for a lifetime.

The Footloose Forester was inadvertently associated with many people who witnessed war in the distant past, the not so distant past, the recent past, and knows more than a handful who not so long ago were active witnesses or fighters, or were caught up as refugees in the realms of active warfare.  As a chronicler about real people and events, the Footloose Forester at times is reluctant to name some people who are personally close to him but who have nevertheless related things that put their own perspective on the sad past that lives in them.

A recent visitor to our home told us that as a young girl in SE Asia, she recalls seeing the Japanese soldiers who came through her village, wielding bayonets among the populace.  She related seeing the dot of red blood in the middle of the forehead of her mother who was shot right in front of her.  She recalled these things without showing the emotion that surely scarred her for a lifetime.  As if that is not enough, she knows of military men, including one in her own family, who were wounded in wars that are not yet over.  The past was horrible but so is the present. 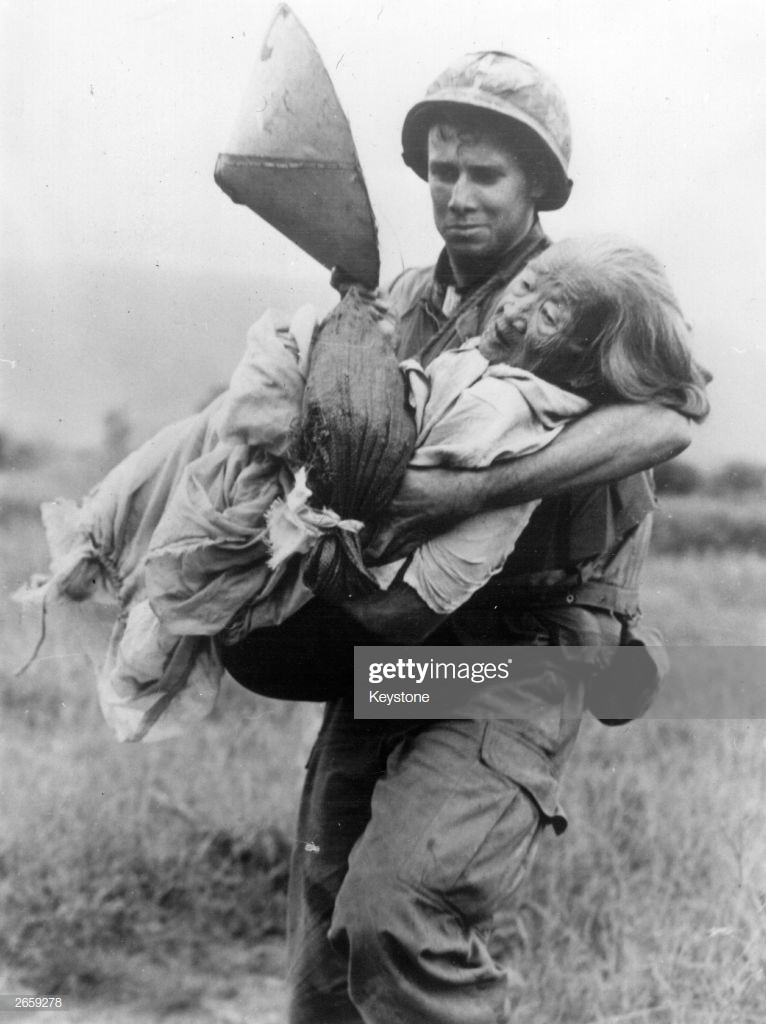 The left arm of a civilian who he knew in Viet Nam carries a large scar from a .50 caliber machine gun bullet, and the left arm of a career soldier who recently died was riddled with bullets in the Korean War.   The son of a survivor of the Bataan Death March told us how his father was tortured as a prisoner of war in the Philippines during World War II.  In our neighborhood, there are many wounded veterans from the Viet Nam War.  Those wars are over, but war itself is not over in the minds of those who sacrificed, suffered, and remember.