Some Essentials For Story Tellers

On Writing a Paper, or a Report, or a Book, or a Post-It-Note

People who having writing chores as part of their job descriptions have to follow certain guidelines when it comes to attaining clarity, information, accuracy, thoroughness, reader interest, and efficiency. The Footloose Forester fancied himself as a field guy, so was not expecting to go throughout his working life with writing as an imperative in getting the job done. Along the way, however; he realized that what he did and sometimes how he did it needed to be shared with others. So looking back, he attempted to put into context the vital importance of writing well and communicating well.

A few times he was asked to assist others in making something known, but mostly he found himself either initiating the writing, or passing judgment on the writings of others. He had little patience for either task because, after all, he wanted to be a field man and never aspired to be a writer. And based on the amount of criticism he encountered, he knew that writing was not his forté. Little wonder, then, that he preferred lonely trees in a forest to a committee of critics and reviewers. The Footloose Forester continues to write not because he fancies himself a writer, but because he thinks he has things to share with others and the professional duty to contribute to society.

Much of this chronicle draws on past lessons: a few episodes of personal disappointment, an idea or two about in-service teaching aids; and some examples that would hopefully explain to others why an observer who calls himself the Footloose Forester so often found himself on both ends of a painful process that was never complete, comprehensive, or comforting. The remembered sessions that were often filled with loud acrimony, sneering rebuke and silent rejection are indelible inside his brain. This chronicle is for anyone who goes through the rigors of writing to  instruct, to inform, and/or to entertain.

Journalism students for the past 200 years or so have all been taught the basics of reporting: you must report the who, the what, the where, the how; and perhaps the why. The greater the complexity of an event, the more important it is to make clear the what, the how and perhaps the why. In reality, however, not every reporter gets all the answers; nor is it always possible to do so. The best reporters tell the stories in the most informative way, and sometimes manage to entertain.

Over the years the Footloose Forester used the principles of journalism in constructing his own reports, but also looked for those elements in the reports of others. It was necessary to do so. He wrote somewhat over five hundred reports over the years, based on his own estimates and accumulated files. In his thirties he claimed writing over 100 reports, as cited in a job application that is still part of his files; he counted over 200 reports in one job assignment; and in another job he once listed the titles of 37 reports he had written and submitted, because he was criticized for not reporting about what he was doing.  He often kept a log of telephone conversations; it was mandatory in one job because it was required to keep track of the 29 projects he participated in; and so on.  After the burgeoning of computer technology, he amassed most of his files into archives, so made it easier to recall details of specific reports; but also to share the entire contents with others.

Also along the way, the Footloose Forester was called upon to write and/or review specific types of reports: Proposals, Requests for Proposals, drafts of Project Identification Documents, Concept Papers, Mid-Term Evaluations, End of Project Evaluations, Project Papers, and other short communiqués to other offices; and to other countries.  All manner of reports were vital in making our organizational positions and intentions clear. None of us who participated were tapped as the designated writers; we were all writers. 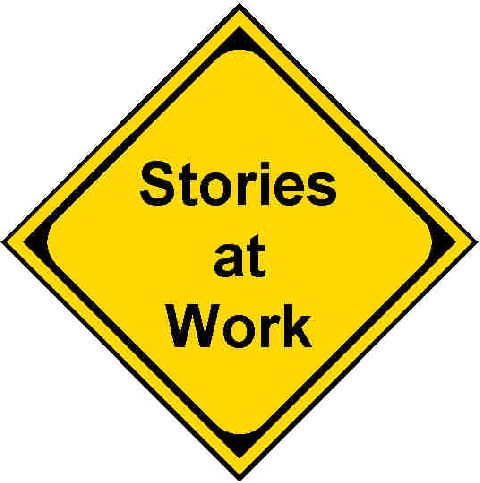 Also along that twisted path, he learned that oral presentations were equally important as a means of communicating ideas. Presentations also required the infusion of: the who, the what, the where, the when, the how, and the why. Without them the audience came away without a complete understanding of the message. Unfortunately, many a presenter did not include all of those elements, thus many a presentation fell short of its importance. Perhaps that is why the Footloose Forester started a personal file devoted to better writing and to making better presentations.

One of those entries was entitled “Let There Be Stoning” in which the author admonished would-be presenters to be sure to Instruct, to Inform and to Entertain. Without those essentials, any presenter, he chided, was not doing a proper job--and should be stoned. The master file itself was assembled by a staff member of the Joint-American Society of Agronomy; Crop Science Society of America; and Soil Science Society of America.  It was then published in the monthly Agronomy News.  Staff writer William R. Luellen, who wrote most of the articles himself, made such an impression on the Footloose Forester that Luellen’s series under the by-line “Fine-tuning your writing” got ripped out from the monthly newsletter and put into a special file.  As serendipity would have it, when Footloose Forester went looking for the folder, the very first article he came across was titled “When you’re asked to review a paper.” The article can be found in the March 1993 Agronomy News on pages 9-10.

One reason why the Footloose Forester is keen on keeping notes, making lists and having archives is because he presumes that there is value in learning from experts, and in sharing their knowledge with others—especially if there is a clear interest in that direction. Besides, he himself was subjected to formal peer review a dozen times, less structured reviews and grilling about his writings maybe 70-80 times, and the unspoken scrutiny of others countless times over the years. He remains well aware of his too frequent malapropisms, poor syntax, obtuseness, inchoate examples, and ambiguous constructions. He was never going to be at the top of any list of distinguished writers, speakers or facilitors, but he does remember what his mother taught him: all of us should try to do our best, and be honest with ourselves about the trying.

New Year's Resolutions
Encourage me to write about my grandfather!!!!

WOW! This is extremely helpful while at the same time insightful Dick. Well done and thanks for this excellent contribution!

WOW! This is extremely helpful while at the same time insightful Dick. Well done and thanks for this excellent contribution!
Cancel Update Comment
Follow