An innocent Internet meme about fear was the first disturbance that summoned the specter of fear to return, to creep closer.  The second incident was a horrific movie about World War II, the very same day and within the same casual living space of our peaceful home.  Curiously, the passive meme on the computer monitor in the early morning was enough to awaken the fear that resides within the tremulous innards of the Footloose Forester; but the nightmarish scenes of close combat on the island of Okinawa in the movie Hacksaw Ridge was enough to stimulate a nightmare about fear itself.  The Footloose Forester has always feared of being afraid. There were too many instances of fearful circumstances in his life, that the prospect of being afraid was always going to be a “condition precedent” that might affect how others looked on him and how he perceived himself the next time that fear is in the air.

The masthead of many of his writings:  Essays, Stories, Adventures, Dreams was chosen in deliberate recognition that some of his chronicles are driven by dreams, somber dreams, dreadful dreams, or nightmarish dreams that had fear as a common element.  Hence, an early morning awakening and an attempt to put some of those fears to rest. Writing about certain themes has always been cathartic for the Footloose Forester, a loner who nevertheless is ever wanting to confess some of his fears with others so that they understand.

As a young boy, the Footloose Forester saw the fear in the eyes of people around him, even when he did not share their particular fear.  His older brother once pleaded with his eyes when he thought that he was about to be abandoned alone at a remote fishing hole; even his words and the scenario are indelible to this day, “Don’t leave me.”  Several years later, in a remote canyon in heavy forest astride the American River in California, a young man who was accompanying the Footloose Forester showed fear in his eyes almost immediately after he sensed that he had been abandoned in the woods.  In neither instance did the Footloose Forester say anything about the telltale signs of fear, but he grew up knowing that fear is a silent intruder that visits on a moment’s notice.  Yes, he could see fear in others but he also knew that others could see fear in him.

In an Aldous Huxley novel, the protagonist opined that it is important for us to know exactly who we are.  Those few words stuck and the Footloose Forester has ever since been asking himself if he truly knows who he is—inside.  As it turns out he was henceforth faced with a few life and death circumstances that gave him the opportunity to find out what he was made of.  Fear was part of the setting.  So compelling were the circumstances that some of the details are etched into his brain, hard-wired there as reminders that fear and the prospect of being afraid will never depart.

One remembered opportunity to act through fear occurred during the second Viet Cong offensive of the Viet Nam War in 1968.  As VC patrols advanced past his modest apartment building on the outskirts of Saigon in the early morning hours, he could hear them running in the streets below.  He was alone in an empty room on the third floor, with only a butcher knife to protect himself.  To this day, he remembers offering up a prayer of thanksgiving for the blessings he had known, and not asking anything more from life.  He still believes that is how he thinks of the world around him.  Secondarily, he thanked God for allowing him to find out who he was.  Courage to face the next few minutes drove out the fear.

A second life and death episode took place on a beautiful sunlit day on a mountain in the Bavarian Alps of southern Germany, a few years earlier.  As a gentle rain began to fall, the Footloose Forester knew that he was unable to retreat back down from the few square inches of foothold where he was blocked in his upward ascent by a 400-pound boulder that blocked his way.  The boulder was perched at the lip of a rocky basin, with a sheer drop on both sides.  There was no way around it.  It was a case of scaling the boulder and getting above it in the talus slope, or tumbling down a thousand feet or so if the boulder dislodged.  The prayer that the Footloose Forester conjured was another paean to the beauties of this earth and a prayer of thanksgiving to God for giving him the opportunity to find out if he had courage.  As Aldous Huxley had said, it was important to know who we are. 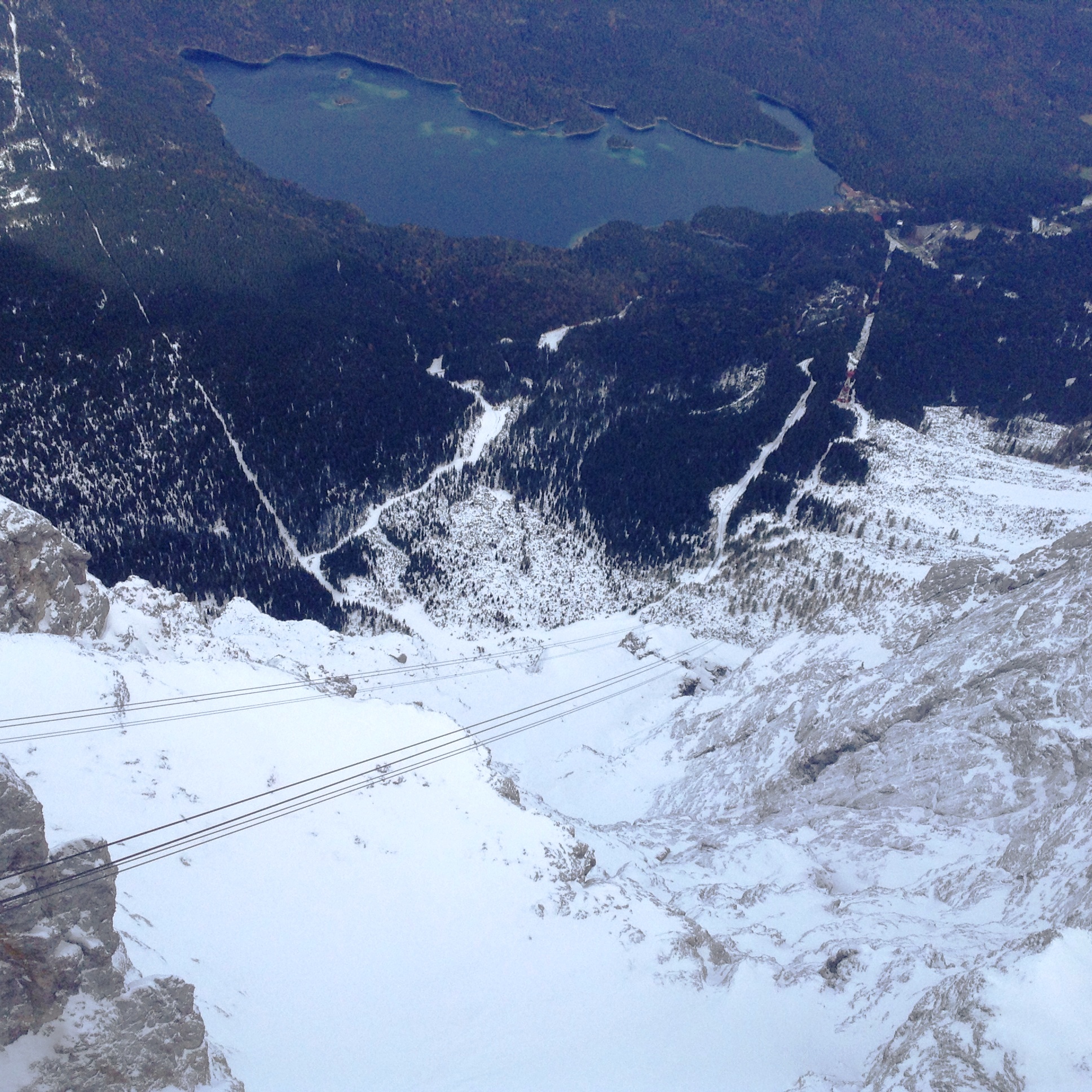 Another memory about his fears took place during a forest fire in California.  The Footloose Forester was working the night shift at one leading edge of an advancing fire with only a rookie firefighter named Reno Francetti with him.  As the senior person, at least in terms of experience, the Footloose Forester instructed Reno that if the advancing fire started to crown out above our heads, we should retreat to a narrow ravine down the slope.  The fire started to crown and we made a hasty retreat down the slope.  He did not want to be seen as a coward fleeing the flames, but he did fear for our lives if the fire overtook our tenuous position in deep forest foliage.  That scene has forever haunted him.

The fear of fear revisiting him has always been inside his psyche.  Little wonder that the Footloose Forester prays for courage when he enters the forest alone.  Each and every time that he debarked from his one-man boat to venture into the rhino and crocodile havens of Ujung Kulon National Park in Indonesia, he always put special emphasis on the ending of the Lord’s Prayer …and deliver us from evil.  It was the fear of fear that impelled him to pray for courage.  He was a loner and had only courage to keep him company.   But as Franklin Delano Roosevelt famously said, “we have nothing to fear but fear itself.”

A Musing On Old Age
Early Signs of Dementia: Things You Need to Know

What an incredible story Dick!!