C is for Cambodia

Cambodia was on the list of places to see before the Footloose Forester had to decide whether his sojourn out of Pakistan would turn south toward Australia, or continue east into the war-torn uncertainties of Viet Nam.  The year was 1968, early enough in the American involvement in the Viet Nam War to make relative safety a possibility; but late enough in the escalation of the war to make absolute calm an improbability in Viet Nam. His personal safety in Cambodia, itself, was not assured, although the activities of the Khmer Rouge were mostly confined to remote jungle areas.

Going just anywhere in Cambodia at the time was not possible. It was a minor risk to travel to the Khmer Empire archeological ruins of Angkor Wat just west of Siam Reap, and that was the main attraction that made stopping in Cambodia so decisive in the first place.  It was worth the risk.  The Khmer temples are listed in World Historical Sites. 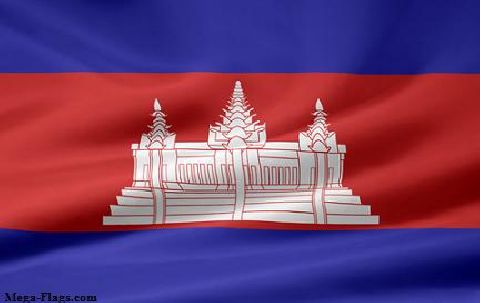 Angkor Wat was perhaps the center of the Khmer dynasty that flourished during the 9th to 15th centuries, but was eventually swallowed up by jungle. At the time that the Footloose Forester visited, by rickshaw from Siem Reap, it was possible to walk into and around any remains that existed, and even to make charcoal etchings from the bas relief surfaces that one found at a convenient height.  Vendors even provided charcoal pencils and paper scrolls for that purpose, but Footloose Forester regrets that he did not take the time to bring home a few souvenirs that he himself traced.

One aspect of Angkor Wat and nearby Angkor Thom that did stick in his mind: the building blocks that were used to construct the temples were composed of a soft rock/soil material known as plinthite. When plinthite is buried below the surface of the soil, it is soft enough to shape, then to cut into blocks with long handled spuds; and later be excavated.  When exposed to dry air, the plinthite irreversibly hardens into a substance that then gets the name “laterite.” The Footloose Forester learned the process of extracting the plinthite building blocks, by observing quarry workers cutting plinthite out of a hillside in Viet Nam.  Small world?  Not really.  Philthite and laterite are fairly common in Viet Nam, and the quarry site where he observed it was near the banks of the same Mekong River complex  less than a hundred miles downstream from Siam Reap.

Many years after the war in Viet Nam was over the Footloose Forester was still meeting people born in Cambodia; and hearing tragic tales of brutality and personal loss.  Too often those tales were told by members of his own extended family. The Footloose Forester married a girl who was born in Strung Treng, Cambodia, along the northern bank of the Mekong River. Along the way through the years he met others who had lived in Cambodia.  All had sad tales to tell.

Based on the number of times she came into the presence of the Footloose Forester in the United States and in France, however, the links with Thu’s cousin Trinh stand out.  Trinh lived most of her younger years in Phonon Phenh, the capital of Cambodia. She was the daughter of a Supreme Court Justice.  He was executed before her eyes by the Khmer Rouge: and she subsequently told us about it without tearing up. She later left Cambodia as either a refugee or escaped by bribing her way across the border into Viet Nam, as had others who the Footloose Forester later came to know.

More than one of those refugees of the Viet Nam War lived in his house in Pennsylvania.  On one visit to Pennsylvania, Trinh told us of that horrid execution of her father, but also told us of being a prisoner in a concentration camp many Americans remember as a US Marine base called Khe Sanh.  Yes, truth is sometimes stranger than fiction.  Khe Sanh was turned into a concentration camp after the war, for those who needed re-education in the glories of communism.  And Trinh was not the only person of Vietnamese extraction who personally told Footloose Forester of being incarcerated at Khe Sanh.

Lesson 6- Marketing
Another close call with a semi truck...

Letter to My Grandfather