The legacy of the Bengal Tiger, that fearless lady who put up her dukes to stare down a surly marine in Senegal and a coterie of young thieves in Madagascar who thought that she would be an easy mark, was also fearless when she reached barehanded into an underwater cave in Haiti to pry a reluctant langouste from his protective crevice.  Perhaps cats don’t naturally take to the water, but the 120-pound Bengal Tiger took to scuba diving with a relish that showed in her eyes.

Up until we took an assignment in Haiti, the Footloose Forester and the Bengal Tiger had plenty of episodes together in saltwater.  There was snorkeling in Hawaii, Cape Verde, and along the Florida Keys, but when she realized that the depth limitations of snorkeling far above the dozens of barracuda in John Pennekamp Coral Reef State Park (a beautiful underwater reserve) west of Miami was too limiting of her enjoyment, she decided that when we returned from a vacation in Key West, that she would train to become a certified scuba diver in Haiti.  And the intrepid Bengal Tiger did just that.

Her husband the Footloose Forester had earned his scuba diving credentials as a visiting Fellow at the East-West Center in Hawaii only a few months earlier.  Time blurs the true timetable because he is unable to piece together a chronology whereby she was in Haiti and he was off on a sojourn in the middle of his career.  He does remember that the Fellowship was a very satisfactory arrangement because he stayed with his Mother-in-Law who fawned over him, even going out of her way to make the spaghetti he loved.  She waited up for him to return from his participant duties during the day at the Environmental Studies Institute, followed by his scuba classes at the University of Hawaii pool in the early evening.   His training was demanding, according to the tough requirements of the NAUI program.  The National Association of Underwater Instructors (NAUI) put a strong emphasis on individual skills and not so much on reliance on scuba equipment.  All of the scuba students agreed that it prepared them with added confidence in themselves.

Despite the lack of a clear chronology to reconcile the long absence from the Bengal Tiger who was in far-off Haiti, when the Footloose Forester returned, he learned that she had been taking instructions in scuba with an old-timer named Bill Reddig.  He had lived in Haiti for many years and was the manager of a sports equipment company that specialized in making baseball and softball gloves.  He had also trained dozens of expatriates to dive and saw them through to completion of their certification under the PADI (Professional Association of Diving Instructors) system.  PADI did go in for quickly training up new divers and instilling in them a strong reliance on their equipment.  Truth be told, some of the NAUI-trained divers looked down on the PADI system. But PADI is big and is world-wide. 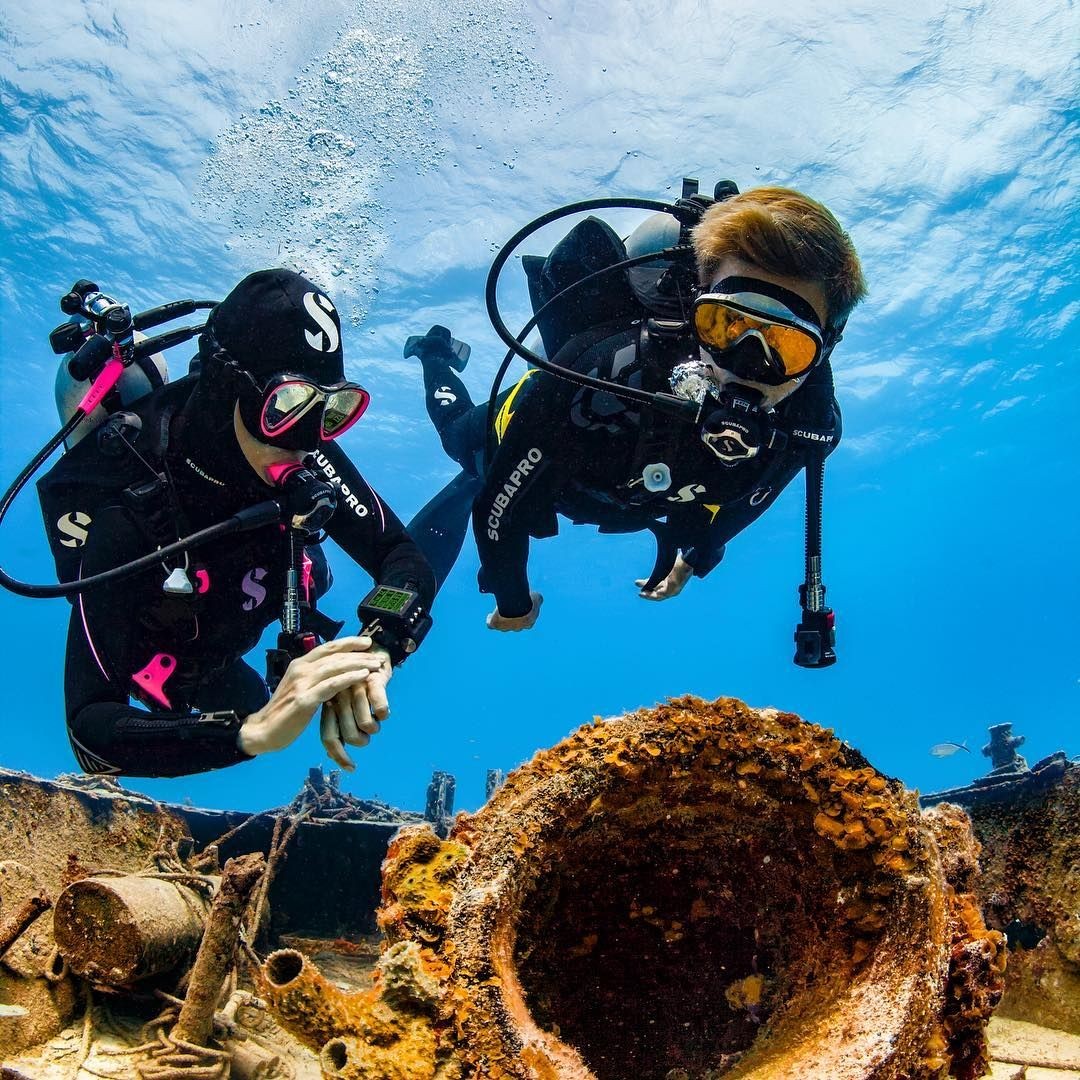 A fair-sized sponge on the right

During nearly all of the training sessions under Bill Reddig, the Bengal Tiger had a friend named Wanda Treadwell as her dive buddy.  The rules in diving state that you must always dive with at least one partner, as mutual helpers and protectors, in case something goes wrong.  Wanda was a good diver and she was also a strong swimmer. Indeed, it was Wanda who prodded Bengal Tiger to join her in scuba instruction.  In the last two-three classes, the Footloose Forester tagged along with them (underwater) and confirmed that both of them were confident scuba diver candidates.

This tale started with the notion that your dive buddy was expected to be a trusted partner.  That meant coming to their rescue if they needed help, it meant sharing your air with them if they ran out, and it meant that you stayed with them until the dive was over.  On the day of their final dive and examination, Bill Reddig assigned the Footloose Forester to be the dive buddy for real-life partner Bengal Tiger.  Many of those sunny scenes are hard-wired in his brain.

Without wasting time and throwing caution to the wind, Bill told us to follow him as he swam toward a steep wall that dropped off into deep water not far from shore.  We followed.  At the place he had marked from memory, he then dove down to the bottom.  We followed.  The Bengal Tiger, the student diver, went first.  Her dive buddy followed, wondering what was in store.  When we got to 118 feet depth, there was a smiling Bill Reddig, waiting to introduce us to a giant Elephant Ear Sponge, the same one that Jacques Cousteau had said was the biggest sponge he had ever seen. The Footloose Forester was a bit concerned about how the Bengal Tiger was going to react to the somewhat extreme depth, especially during her first descent that deep.  She was fearless. The fearless Bengal Tiger also showed confident resolve when, just ten minutes later, she removed her mouthpiece at a depth of 90 feet and offered her air to her dive buddy. Instant mental photo directly hard-wired into his brain!  Yes, it was a training exercise.  He was proud of his dive buddy, and his pride in her unflappable spirit never wavered.

How to Take Pleasure From a Grand Vacation in Gran...
Gerunds as Headliners