Ask any neighbor and they will say it is a joy to have Verna Taylor for a neighbor.  She was born in Spring Lake, Utah and has lived in Payson, Springville and Salem.  She comes from a family of nine chidren--three sisters and five brothers.  She is 85 years old and has lived in Salem for 52 of those years.  She married Kenneth Dunstan and had four children: Larry (Jackie), Portland, Oregon; Steve ([Eloise] Mike), Delta, Colorado; Connie (deceased); Brent (Diane) Spanish Fork.

She and Kenneth were divorced and she met and married Andy Taylor.  He had three chilrden: Larry (Julie), Lehi; Vickie (Val) Newell, Santaquin; Jackie (Barry) Drage, Spanish Fork.  They had three children together: Ron (Lisa) Capel, Texas; Roger (Julie), Baldwin, Kansas; Andrea (Earl) Stoneman, Lake Shore.  She said it is kind of confusing with two Larrys and both about the same age.  They never knew which one she was talking to.  This makes six boys and four girls, 42 grandchildren, and 78 great grandchildren.

Andy was born here and grew up in Salem.  He enlisted in the Navy at age fifteen during WWII and served for three years.  Andy passed away several years ago at the age of 66.

When she married Andy he didn't believe in wives working so she was a stay-at-home mom.  Andy worked at Geneva Steel to support their family.

Verna served as a Room Mother in school for her children.  She is a member of The Church of Jesus Christ of Latter-day Saints and has served as Relief Society President, in the Young Women and as Primary President.  She served as a temple worker for nine years and says it was a wonderful time.

She has been confined to a wheel chair for two years because of Multiple Sclerosis.  This doesn't stop her from going out into her yard, pulling weeds and taking care of her garden.  She has 40 rose bushes she takes care of.  She loves flowers and working outside.  One neighbor called her "the crazy old lady that crawls around on her lawn pulling weeds."

She has many talents.  She does oil painting, ceramics, and makes porcelain dolls.  She loves bottling because it stays done for a year and she can look at the filled bottles.  As mentioned, she loves gardening.  Her mother, through her patience, taught her to tat, which is a dying art.  She loves to quilt and has made hundreds of quilts for people, including 42 full size quilts for every one of her grandchildren and a baby quilt for most of her great grandchildren.  She used to like to read, but her eyes are getting bad so she can't do so much of it anymore.  Along with tatting she likes to crochet and knit. 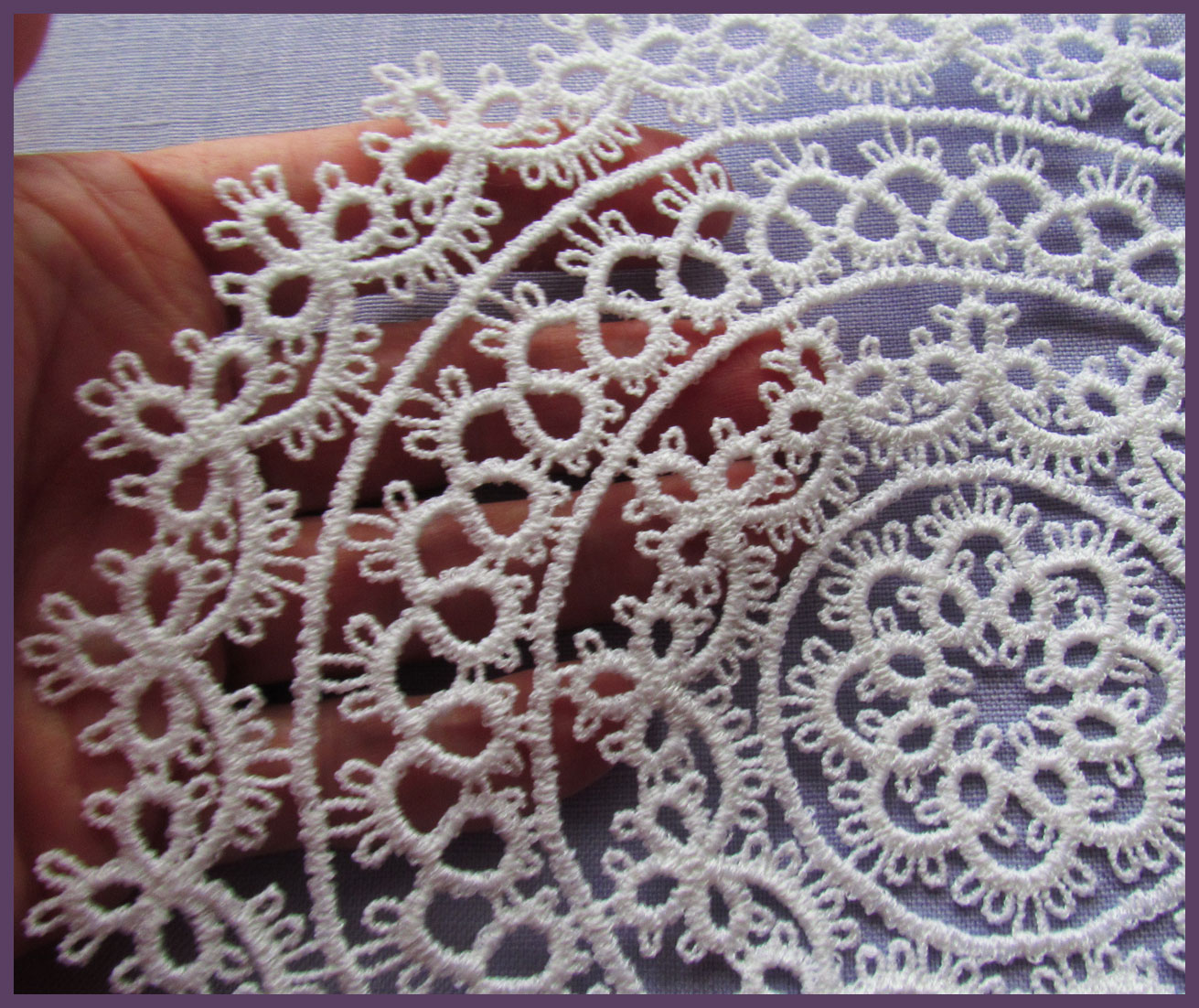 Tatting is becoming a lost Art

Winter is hard for her to find jobs to do because she can't get out into her yard.  She has always been a hard worker.  Verna doesn't care for aspargus but loves Chinese food, especially sweet and sour chicken and pork, and yes, anything chocolate.

Verna said our bodies adjust to our circumstances, It is just our minds that have to adjust.  She is happy with life and enjoys it. She has had some bumpy roads in life but has met a lot of good people and has a wonderful family and good neighbors.  She just loves Salem and loves waking up and seeing Mt. Loafer and its peacefulness.  Salem has been a good place to raise her children.  Speaking of being confined to a wheelchair she said, "If it's important to you, you find a way to do it."

Verna, you are an example for all of us.

Dolie, The Traveler
An Old Photo From Home